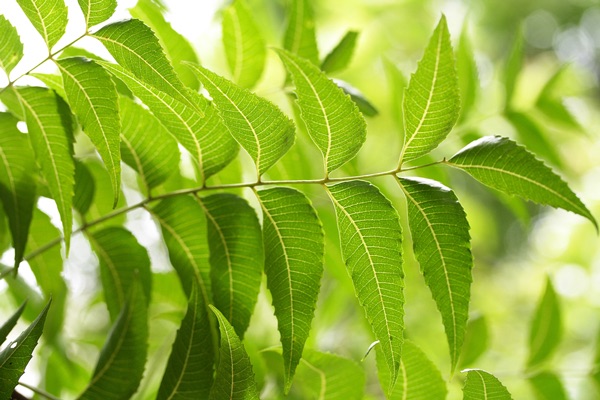 Diabetes is a silent killer affecting around 346 million people across the world. The projections of the World Health Organization indicate that diabetes related deaths are doubling as we speak. This phenomenon was said to have started in 2005. These mind boggling numbers pose to be a huge threat for global health.

Diabetes is also the fifth leading cause of death in the United States with over 17 million affected every year. So what is the long term solution to overcome this ordeal according to Ayurveda?

Even though the various causes are complex, to an extent the menace can be curbed with a monitored diet, maintaining a decent weight with regular physical activity and avoiding major vices like tobacco and alcohol. Individuals who are on the heavier side with less physical activity, especially those above the age of forty are easily susceptible to the disease. Those with a family diabetic history or health conditions like glucose intolerance, high blood pressure and cholesterol, can also succumb to diabetes. Unhealthy food habits and irregular meal timings can accelerate the same as well. Further, certain ethnic groups like Asian, Hispanic and African-American face greater diabetes risks.

Some of the common symptoms of diabetes include fatigue, excessive hunger and thirst, recurrent urination, blurred vision, lack of concentration, numbness and loss of sensation in hands and feet, sudden weight loss, frequent infections and slow healing of bruises. Getting tested is the first step of treatment. Any of the usual symptoms must propel a person to get an immediate diagnostic test. The prevention of this disease is well within our grasp and so any delay is not advisable. With proper medication, dietary checks and exercise routine, diabetes can be kept under control. For a more holistic and long term cure, the alternative therapy of Ayurveda has proved its strength over centuries. Its very premise is intrinsically holistic and preventive in intent. In fact there has been a lot of interest in bringing this effective treatment into the mainstream fold.

Diabetes primarily occurs when the pancreas does not produce sufficient insulin or when the body is not compatible with the grade of insulin secreted. Modern medicine suggests daily insulin injections to beat this chronic metabolic disorder. Again certain bodies may portray some kind of insulin rejection. The truth is that for overcoming diabetes entirely one must rejuvenate the body completely. Only then should one up the insulin level according to the need. Diabetes and hypertension are due to metabolic imbalances and allopathic medication provides only a temporary respite.

The classical Ayurveda name for diabetes mellitus is prameha. During the vedic times it was commonly known as asrava. It is also called madhumeha. Madhu means honey whereas meha means flow or more specifically urine. The name is attributed to the fact that during prameha, the ojus or life essence is expunged through sweat or urine. Diabetes is taken very seriously under this ancient health system as is called a maharoga or major disease. It is considered to be a diseases caused by the aggravation of Vata dosha. Vata dosha underlies the body state based on wind and dryness. Deterioration in the body, which is the destruction of the dhatus or body tissues, depicts an impairment of the Vata state. This is why diabetes harms all vital organs.

A compromised digestive system can also bring forth a severe attack of diabetes. Impaired digestion results in the amassing of certain impurities know as ama. This can accumulate in the delicate pancreatic cells and damage the internal insulin production over time. In Ayurveda, diabetes is of 4 types as per its effects on body constitutions. These include Vata (10 types of diabetes), Pitta (6 types), (Vata 4 types) and juvenile diabetes for children which are often congenital (sahaj pramehi). The disease affects five sheaths of the body – food sheath (annamaya kosha), energy sheath (pranamaya kosha), mind sheath (manomaya kosha), intellectual sheath (vijnana maya kosha) and bliss sheath (anandamaya kosha). Just like IDDM and NIDDM classification, there is also krisha pramehi (lean diabetes) and sthula pramehi (obese diabetes). Over eating and food induced diabetes is known as apathaya nimmitaj.

The Ayurveda based treatment of diabetes is directed at rejuvenating the body not just for sugar level balance but also to foster a positive change in the patient’s life. The Chrakha Samhita has elaborate chapters on the origins and cures. The various herbal formulations work on the deep seated root causes of the disease. The medication bolsters the person’s immunity, enriches the digestion process and also helps a person to lead an overall healthy life. Along with dietary and life style alterations, the Ayurveda medication rejuvenates the body’s cells and tissues, allowing a proper production of insulin.

Since the days of yore secret ingredients have been used by sages to effectively treat diabetes and lower the blood sugar level. Today’s supplements are replete with these cures. The best part is that there are no side effects of these natural organic formulations. Based on Type I, Type II and gestational diabetes (along with micro classifications of Ayurveda), the wide range of formulations have been customized. These are aimed at restoring the balance of the doshas and the normal function of the dhatu tissues.

Some of the commonly used herbs and plants include fenugreek, turmeric, onion, ginger, wood apple, bitter gourd, neem (Azadirachha indica), sagar gota (Ceasalpinia crista), nayantatra (Vinca rosa), gurmar leaves (Gymnema sylvestrae) etc. The nutritional therapy includes diet charts based on viryas for each dosha. The rasa and gunas are also taken into consideration. Ayurveda food is of medicinal nature and is known as ausadam. These foods tackle the deviant doshas.

Ayurveda treats diabetes with a multi-pronged approach. Along with medicinal and nutritional therapy, specific exercises from the 5000 year sister science of Ayurveda, i.e. Yoga is also advised. Panchakarma (the five purification processes) is also very useful in restricting diabetes. In simplistic terms Ayurveda’s healing methodology uses four types of techniques – reduction, detoxification, balancing and nourishing. Thus, it is a miracle therapy for diabetes.